Head of brains and minds 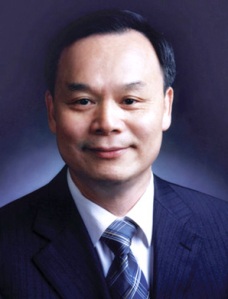 Since its establishment in 1898 as the first national comprehensive institution of higher learning ever founded in China, Peking University has been regarded as a symbol of modern Chinese education. The student body, faculty, and alumni of Peking University have made significant research achievements and generated an incredible number of works of scholarship in both the arts and the sciences. With the full-hearted support from the Chinese national government, Peking University has high hopes of becoming a world-class university in the 21st century.

Upon graduating from the University of Massachusetts Amherst, Zhou Qifeng returned to Peking University, teaching in the Chemistry Department. In 1986, he was promoted an Associate Professor，and in the same year won an award from the University for excellence in teaching. In 1990, Zhou Qifeng was promoted a Full Professor and served as the Chair of the Department of Polymer Science and Engineering, a position he held until November 2008. In 1995 he was appointed the Executive Vice Dean of the Graduate School of Peking University and Vice Provost of Peking University, until 2001 when he served joint appointments as the Director of the followings: the Ministry of Education’s Graduate Students Affairs Office (then Director-General of the Division for Academic Degrees and Graduate Education), the Office of the Academic Degrees Committee of the State Council, the China Academic Degrees & Graduate Education Development Center, the General Affairs Office of the 985 Project (Ministries of Finance and Education), as well as the Office of the Inter-Ministerial Coordination Group of the 211 Project (between National Development and Reform Commission, Ministry of Finance and Ministry of Education).

In 2003 he was made a member of the Academic Degrees Committee of the State Council (a position he continues to hold), of which he was the Deputy Secretary-General from June 2003 to July 2004. In 2004 he also became a Standing Committee Member and Vice Chair of the Chemistry Division of the Chinese Academy of Sciences. From 2004 to 2008 Zhou Qifeng was the President of Jilin University, and in November 2008, was appointed the President of Peking University.

President Zhou has received many honors, for both teaching and research. He is an Academician of the Chinese Academy of Sciences, a recipient of the “National Outstanding Talent Returning from Overseas” from the State Education Commission and the Ministry of Personnel (1997), and holds the title of “National Middle-aged and Young Experts with Outstanding Contributions”. In addition to other awards for noteworthy professorship, in 2001 he was given the 1st Prize for Teaching Excellence by both Peking University and the Beijing Municipal Government.

Zhou Qifeng’s research interests include polymer synthesis, liquid crystalline and specialty polymers. He has published many internationally-received books and over 200 papers on these subjects.