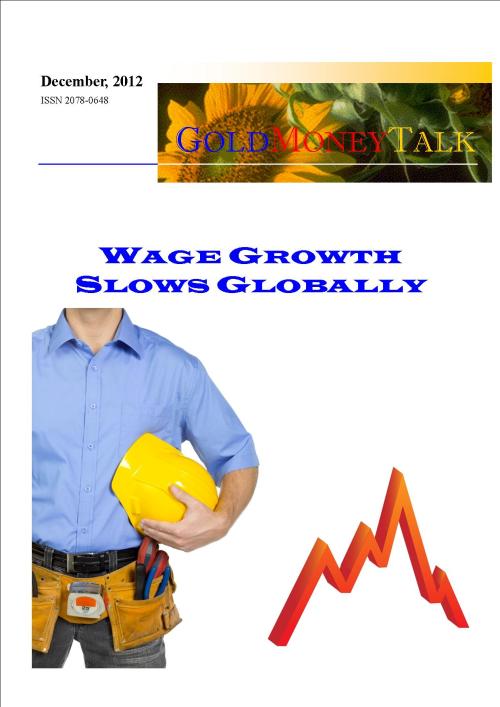 Table of Contents of December 2012

Review on Chinese commercial work in 2012

The dragon failed to soar

Wage growth remains far below pre-crisis levels globally and has fallen into the red in developed countries, despite continuing increases in emerging economies, according to an ILO (International Labor Organization) report.

Global monthly wages grew by 1.2 per cent in 2011, down from 3 per cent in 2007 and 2.1 per cent in 2010, the Global Wage Report 2012/13 says. The wages used by ILO are adjusted for inflation, otherwise known as real average wages. These numbers are even lower if China is excluded from the calculations. END_OF_DOCUMENT_TOKEN_TO_BE_REPLACED

Review on Chinese commercial work in 2012

In 2012, commercial departments at all levels conscientiously implemented the overall deployment made by the CPC Central Committee and the State Council of China. In light of “introducing policies, building systems and platforms, and promoting key projects”, commercial departments at all levels accelerated the development of modern circulation, constantly improved market circulation system, gave a further play of circulation in guiding consumption, creating consumption and protecting consumption, and enhanced the important role of the consumption played in promoting the harmonious development of economy and society. END_OF_DOCUMENT_TOKEN_TO_BE_REPLACED

Among China consumers, Apple is the number one brand in the country, according to the Campaign Asia-Pacific 2012 Asia’s Top 1000 Brands report. Campaign Asia-Pacific provides insights and intelligence into ideas, work and the personalities shaping the region’s marketing communications industry. END_OF_DOCUMENT_TOKEN_TO_BE_REPLACED

The work of cracking down on IPR infringement and counterfeits has made remarkable achievements in 2012 by the Chinese government; the capacity of guaranteeing food and medicine safety in circulation field has been further strengthened; environment for business and consumption has been improving; and credit construction in commercial field has made positive progress. END_OF_DOCUMENT_TOKEN_TO_BE_REPLACED

A promotional video on China’s silk named “Beautiful China” , which is issued by National Cocoon and Silk Coordination Office of MOFCOM, began the full-day rotating broadcast on the China screen at New York’s Times Square on December 20, and was also broadcast on overseas mainstream media such as ICN, BON, WCTV and HK TVB-8. END_OF_DOCUMENT_TOKEN_TO_BE_REPLACED

On February 1, 1999, the last year of the 20th century, Wang, Jin-Pyng at the opening session of the Forth Term of the Legislative Yuan was elected as the Speaker of Legislative Yuan with a major vote of 135 out of 225 seats. This marks 23 years of effort in public service since he took up his first public post as a legislator in 1976. Leading the congress to cross to the new century gives him an indelible position in the political history of Taiwan. END_OF_DOCUMENT_TOKEN_TO_BE_REPLACED

The dragon failed to soar

The year of dragon is nearing its end as 2012 is concluding. What have we turned in in terms of economical performance in the year 2012?

The GDP growth of mainland China is going to reach 7.5% at least, a very coveted number by most countries. However, it reflects a slow down from previous years. The situation in Taiwan is even worse. The latest estimate of Academia Sinica of Taiwan is at 0.93%. Hong Kong is not doing much better. The current estimate is at 1.2%. The Macau economy is expected to see a growth of 9.8 percent this year thanks to gambling revenues. But it is still a slow down compared to the previous two years. END_OF_DOCUMENT_TOKEN_TO_BE_REPLACED