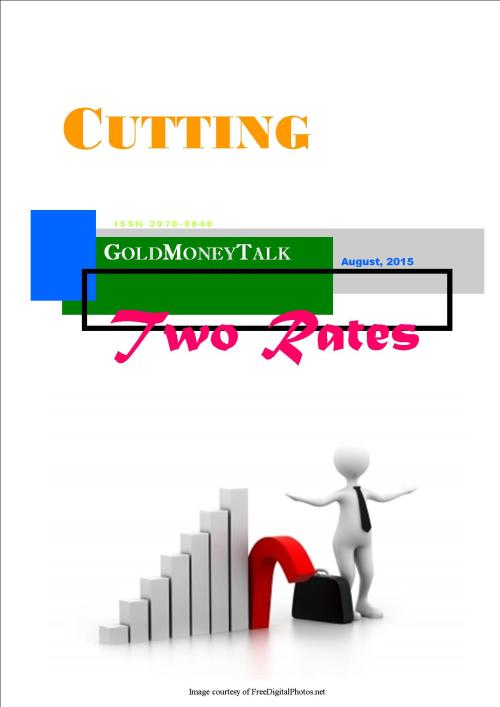 Table of Contents of August 2015

Is a currency war worth it?

The People’s Bank of China (PBC) announced on the 25th of August that it was cutting the one-year benchmark bank lending rate by 25 basis points to 4.6 percent, cutting one-year benchmark deposit rates by the same amount, and reducing reserve requirements (RRR) by 50 basis points to 18 percent for most big banks. In addition, PBC has allowed the yuan to depreciate almost 2 percent against the U.S. dollar in August.  END_OF_DOCUMENT_TOKEN_TO_BE_REPLACED

Taiwan Executive Yuan’s food safety task force met on the 6th of August to review progress on investigations into bottled water and egg products, saying that regulators have been cracking down on problematic businesses and making sure products meet food safety standards. The task force also asked regulators to increase awareness among poultry farmers about the safe use of drugs in egg production. END_OF_DOCUMENT_TOKEN_TO_BE_REPLACED

The Qufu complex of monuments has retained its outstanding artistic and historic character owing to the devotion of successive Chinese emperors over more than 2,000 years. The system of belief that Confucius (551-479 BC) created was adopted as the pre-eminent ideology in feudal Chinese society for more than 2,000 years. Two years after the death of Confucius, Duke Gun of Lu consecrated his former house in Qufu as a temple, within which were preserved his clothing, musical instruments, carriage and books. The temple was rebuilt in AD 153, and it was repaired and renovated several times in subsequent centuries. In AD 611 the temple was again rebuilt, and this time the original three-room house effectively disappeared as a component of the complex. In 1012 during the Song dynasty it was expanded into three sections with four courtyards, containing over 300 rooms. It was devastated by fire and vandalism in 1214, but rebuilding was commenced, so that by 1302 it had attained its former scale. An enclosure wall was built in 1331, on the model of an imperial palace. Following another disastrous fire in 1499 it was rebuilt once again, to its present scale. END_OF_DOCUMENT_TOKEN_TO_BE_REPLACED

Founder Group was established in 1986 by Peking University, with 70% of its total shares held by Peking University and 30% by the Group’s management. With five industry groups and more than 35,000 employees distributed in major Chinese cities, Founder Group has performed outstandingly in expanding the overseas markets. In addition, the Group has owned 6 public companies listed in the stock exchanges of Shanghai, Shenzhen and Hong Kong. In 2014, Founder Group’s total income, total assets and net assets reached RMB74.8 billion, 152.1 billion, and 48.3 billion respectively.

As one of the key technological decision makers and founders of Founder Group, Professor Wang Xuan started the company with the laser phototypesetting system. With his forward-looking vision, he guided Founder into the radio and TV industry, positioned the company to expand overseas and supported the diversification of the group. From its formation to its development and the Group’s vigorous growth, Professor Wang Xuan inspired and guided generations of Founder employees to strive towards innovation and progress. END_OF_DOCUMENT_TOKEN_TO_BE_REPLACED

Is a currency war worth it?